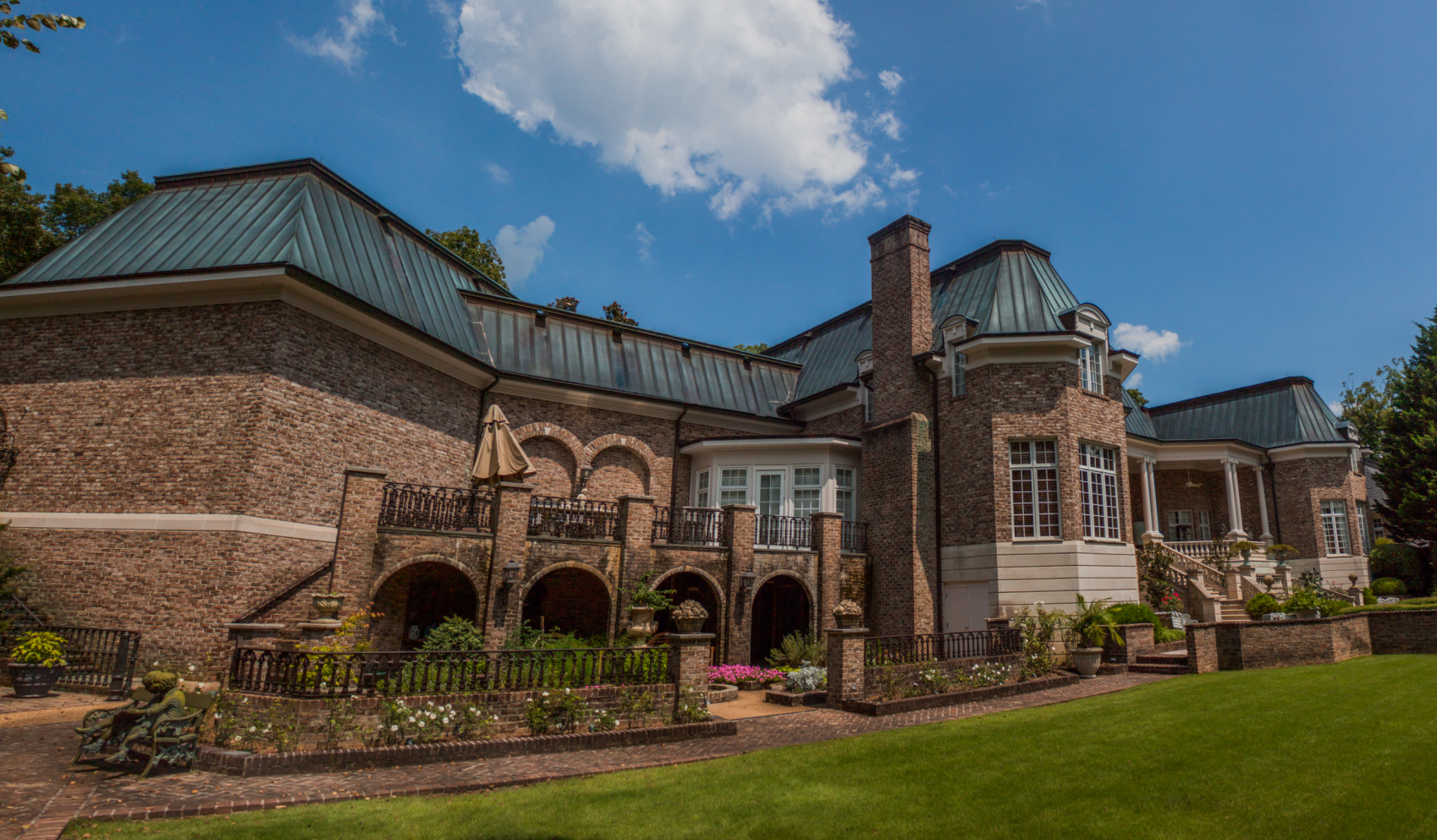 Clay tiles were seen as early as the 17th century and had largely been used by European settlers in such settlements as Jamestown, New York, and Boston. These clay materials were ideal as a precaution against fires, which had engulfed London in 1666 and charred Boston in 1679. The tiles themselves are flat and rectangular with a common measurement of around 10” by 6” by ½”. Each tile had a hole for a peg or fastener and would sometimes be held together by mortar to prevent any damage during heavy winds. By the mid-19th century, most tile roofs were replaced by sheet-metal roofing; however, a later revival of an architecturally vintage aesthetic called for these picturesque roofing materials.

Slate roofing was also brought in by early English settlers, notably in Jamestown, but was much rarer in architecture than its clay tile counterpart. The material itself was largely imported from Wales and there wasn’t an easy way to transport it among cities so it was simply too expensive and therefore very difficult for people to obtain. Slate became largely popular around the early to mid-19th century when canals and railroads made transportation of the material an affordable option. The material came in four different colors (red, gray, purple, and blue-gray) and was appealingly fireproof. The choices and versatility of this material considered it to be one of the most practical options of its time.

Shingles have been popular largely throughout architectural history. The use of this material depended mostly on regional differences. People had developed preferences over local woods and styles. The northern colonies of New England frequently used white pine, the South enjoyed oak or cyprus, and the far West built more with red cedar or redwood. It wasn’t uncommon for a protective coating to be applied to the wood to help induce durability and preserve craftsmanship. Often they would mix brick dust and fish oil or apply a red iron oxide and linseed oil paint. The usage of wooden shingles fell away faster in urban areas out of concerns for city fires, but in less populated areas the traditional clung well past modern advancements like metal.

Metal roofing can be understood as a 19th century phenomena. Before then, only lead and copper metals were used in roofing. Those metals would typically be used in places where it was difficult or impractical to place wood, slate, or tile shingles because of the roof’s shape. Copper covered more early American roofs and was used on many domes and cupolas. The material was largely imported from Europe until around the 18th century when America finally produced facilities for rolling sheet metal. Sheet iron was manufactured during the Revolutionary War and was even used to improve Princeton’s “Nassau Hall” in 1802 after it had been damaged by a fire. The introduction of corrugation, patented in England around 1829, allowed for the sheets of metal to be installed more quickly and increased stiffness and durability. Galvanizing to protect the metal from rust was accomplished by France in 1837. One of the first metal roofs in the South was installed on the U.S. Mint in New Orleans and ultimately fireproofed. Tin roofing developed its origins in Canada but eventually emerged in the United States after Benjamin Franklin advocated for it. Once rolling mills were commonplace in America, tin roofing became the most utilized roofing material in the nation because of its cheap production and sturdy quality. Zinc was used for a short period of time in the 1820’s, but because of its controversial nature the usage of it never gained traction and eventually fell to the wayside as a choice material in architecture.

To see more about our most recent award in copper roofing, click here.

To read more about our latest prize from the North American Copper in Architecture Awards, click here.